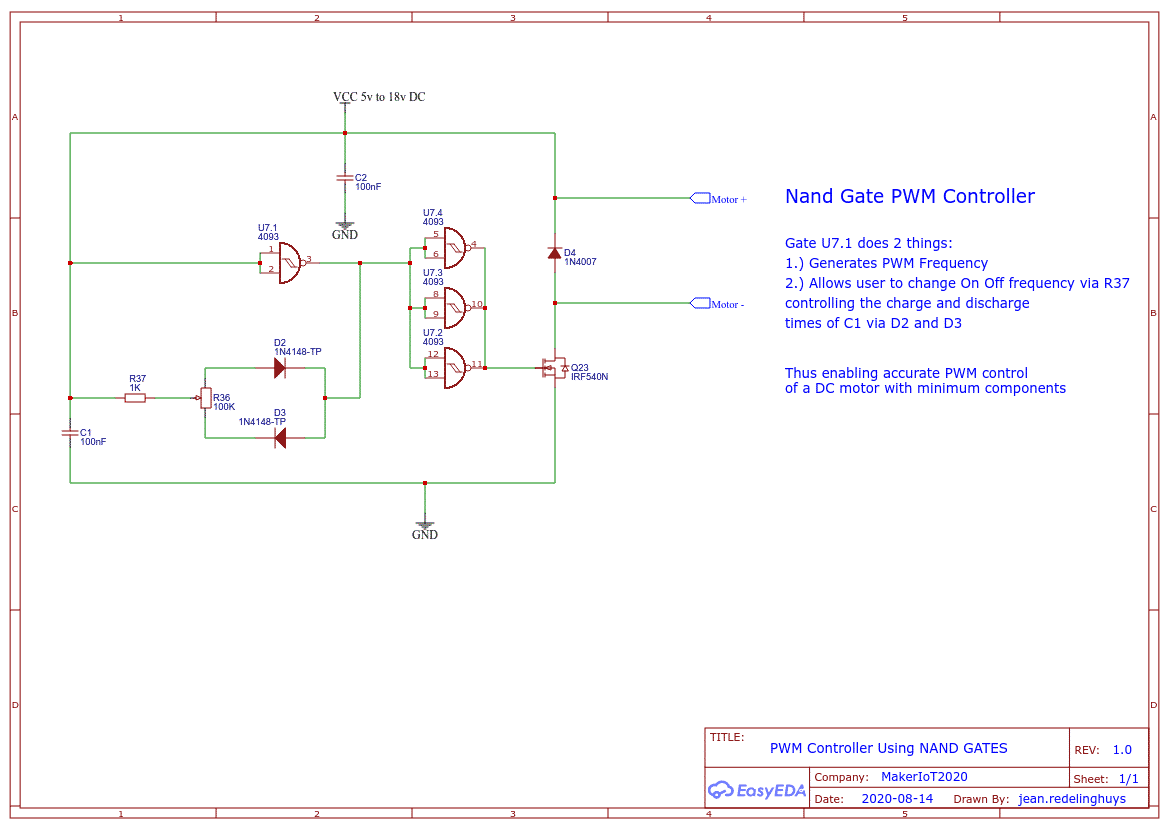 In part one of this series, I showed you how to construct the basic logic gates using transistors and a few resistors. Today I will expand on that by showing you two very simple, but useful circuits, constructed with NAND gates, as well as a handful of other components.

The first circuit will be a Capacitive On/OFF Switch, Based on the CD4011 CMOS Quad NAND Gate. I draw the circuit to function on 5v, but you can also change the relay and use it with a supply voltage of up to 12v DC

Let use look at the circuit

The circuit can also work in reverse logic, as pin 4 will be the complementary state of pin 1, thus off becomes 1 and on becomes 0

Our second circuit for today is a PWM motor controller, made using 4 NAND gates, a few resistors, capacitors, diodes, a mosfet and a variable resistor.

In this circuit, Nand Gate U7.1 generates the PWM frequency, as well as changes the on-off period of the PWM signal via R37, as the user turns the pot, the charge-discharge time of C1 is changed, thus altering the duty cycle of the signal.

This is thus an effective, low component way to do PWM motor control without a microcontroller.

Next week, I will introduce another two usefull NAND Gate based circuits for you to try out.