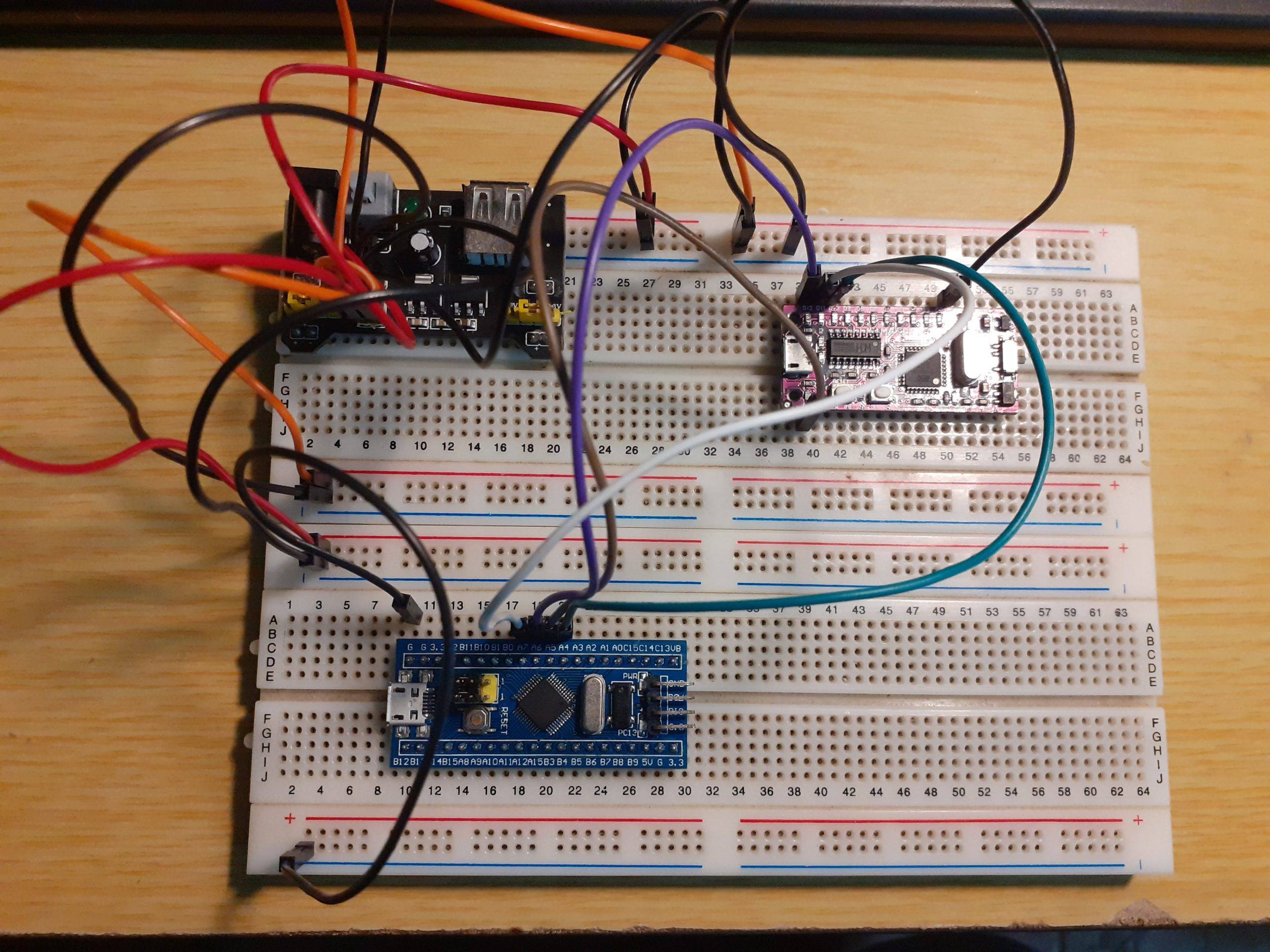 Sometimes it is necessary to send data between two microprocessors.
The SPI bus is a very fast serial data-bus that is normally used to interface with various peripherals like OLED Screens, Radios and various sensors. In today’s very short post, I will show you how to interface the STM32F103C8T6 “Blue Pill” with an Arduino Nano to send bidirectional data via the SPI Interface between the two microprocessors. You will need the following to experiment with this by yourself.

Let us look at the pin configuration on the two boards

Connections for the “Blue Pill” are shown above

Connections for Maker NANO are shown above

And in ANOTHER INSTANCE of the Arduino IDE, the code for the SLAVE (Maker NANO)

Upload the code to the boards, and open the serial monitors on both instances of the Arduino IDE.
Set the Baud Rate to 115200
You will see that the Master sends a byte to the Slave, and the Save replies with a byte of it’s own.

Slave received data from Master, and replies with data of its own

This sketch can now very easily be modified to send reading from sensors, or instructions to control other peripherals between the two microprocessors. It is limited only by your imagination, and your ability to code.

I hope you found this interesting and useful.